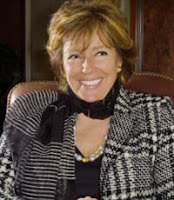 Eleanora Brown was born in Naples, Campania, Italy on August 22, 1948. The daughter of an American father and a Neapolitan mother, in 1959 at only eleven years old, she was chosen by Vittorio De Sica to play the part of Rosetta (daughter of Cesira interpreted by Sophia Loren) in the film Two Women which won an Academy Award for Best Picture.

In 1964 she appeared in the melodrama “Amore mio” directed by Raffaello Matarazzo. She then continued her career with such other directors as Dino Risi and Tony Richardsonn.

In 1967, now billed as Eleanor Brown she appeared in the musical film “Cuore matto... matto da legare”, in which she played Carla, the beautiful girl who falls in love with Tony, played by Little Tony and Ferruccio Amendola, during which time the gossip magazines alleged she was having an affair with the singer from San Marino.

In 1967 she starred in the spaghetti western, “Death Sentence” with Tomas Milian and in 1968 “Fifteen Scaffolds for a Killer” with Craig Hill and George Martin

After her appearance in “Nude si muore” (1968) in which she playedLucille, she retired from film and dedicated herself to higher education (she graduated in 1982 at the John Cabot University, an American private college based in Rome), and family, then a decade later she returned to the cinema as a voice actress.

Today we celebrate Eleanor Brown’s 65th birthday.
Posted by Tom B. at 5:43 AM