Who Are Those Guys - David Bailey 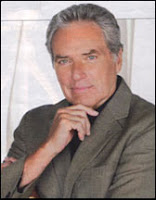 David Bailey was born on October 27, 1933 in Newark, New Jersey. He joined the United States Air Force at the age of 16, where he remained for eight years. David then worked as an electrician, ditch digger, plumber and truck driver to support his family before deciding to make acting his full-time career. Within a few years, Bailey had appeared in several movie and television roles. After the success of 1966's “7 Guns for the MacGregors” a sequel was planned by producer Dario Sabatello. The lead actor from the first film was Robert Woods, but Robert didn’t want to get tied up in a film series, plus he didn’t get along with Agata Flori who was producer Dario Sabatello’s wife and chosen to be the sequel’s lead actress again. David Bailey was offered the part of Gregor MacGregor for the sequel “Up the MacGregors” and it was his first film role. In 1973 David landed the part of Russ Matthews on “Another World” and Teddy Malcolm on “Ryan’s Hope”. Then Bailey guest-starred on numerous television shows “Dennis the Menace” as Scotty and commercials such as Mitchum deodorant. He starred in “Above The Rim” with Tupac Shakur and Duane Martin. Bailey lived in Boston and Los Angeles with his wife. David founded the Black Book Theatre Company where he wrote and directed plays. An avid swimmer he drowned in the pool of his Los Angeles home.