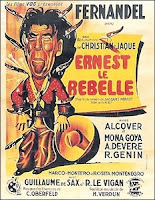 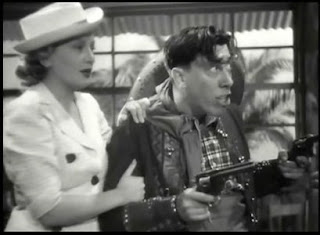 Aboard a cruise ship sailing to South America, Ernest Pic plays the accordion. His facial expressions, caused by seasickness, are mistaken for signs of interest by a wealthy passenger, Suzanne Gringue, He ends up having an altercation with the husband of the lady. On one stop, a beautiful native dancer distracts Ernest and the boat leaves without him. Desperate, he meets a trader named Tonio, who pushes him to commit an evil deed to survive, then enlists him in the Banana Consortium. Poor Ernest finds himself with a group of over-exploited, semi-slave laborers. He confides his troubles to Demosthenes, a fellow ... sucker. Ernest revolts plans on telling his problems to the boss of the plantation, which turns out to be Emmanuel Gringue, Suzanne’s husband. Suzanne intervenes and takes him for a suitor and believes he has come to report the issue of prison abuse. Gringue has a stormy relationship with the governor of the region, a visionary half drunk tyrant, which supplies his army in a curious way, by enlisting the power of the plantation people. Thus Ernest is enlisted in the Navy and learns the art of swimming, again becoming seasick, he can take no more and strikes the admiral: he is sentenced to death after an expedited trial! In his cell, he finds his accordion and draws a nostalgic air which draws the ears of the governor. The latter is moved andhas Ernest brought to him where is asked to sing. Is the musician saved? No, he is returned to the hole but finds the admiral has been shot. Demosthenes comes to visit his friend and, having regained his freedom and helps Ernest escape. Ernest becomes the head of a group of rebels, where he manages to get rid of the governor, Tonio, and Emmanuel Gringue and share a life with Suzanne of freedom and love.
Posted by Tom B. at 6:22 AM