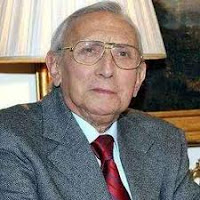 Italian composer Roberto Pregadio died this morning November 15, 2010, after a brief illness. Born in Catania, Sicily, December 6, 1928 was a musician, conductor and composer.After graduating from the Conservatorio di Napoli, the pianist became a member of the Light Music Orchestra of the RAI in 1960. He accompanied Claudio Villa in a famous concert at Carnegie Hall in New York in 1961. In radio he worked on various programs, including "Whole Town's Talking" (with Turi Ferro), "Do You Like Radio?", "The Microphone is Yours" (presented by Nunzio Filogamo). In the 80s he formed a sextet swing, “Swing Sextet of Rome” with Franco Chiari vibraphone, Baldo Maestri at the clarinet, Carlo Pes on guitar, Alex on bass and Roberto Zappulla Urso on drums, the group has recorded for Fonit Cetra-album Five Continents. Pregadio was one of better known Spaghetti western composers who scored 9 films such as “Django the Last Killer” (1967), “A Hole in the Forehead” (1968), “Ciccio Forgives I Don’t” (1968), “Paths of War” (1969), “Twice a Judas” (1969), “The Forgotten Pistolero” (1969), “Mallory Must Not Die” (1971), “Four Gunmen of the Holy Trinity” (1971), “Three Supermen of the West” (1974).