We continue our search for film locations for “The Mercenary”. Kowalski continues his narration explaining that Paco was a peon, mine worker, but a peon with a difference. The peons break for lunch and Paco finds a dead lizard in his beans. He comments, “They have given us the meat.” He’s laughed at by the guard (Tito Garcia) who tells the men there’s no difference between the rich and poor here at the mine. 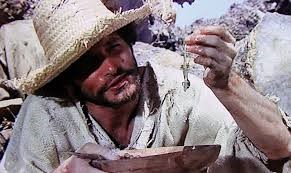 This scene was filmed near Cortijo Blanco, Campello Spain. 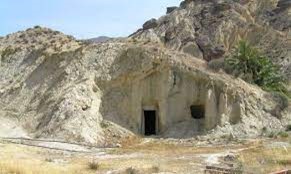