Stracult closes, the historic show at the end. Marco Giusti against Rai

Rai Due's niche program will probably not be renewed. The bitterness of its creator who explains that he has in no way understood the choices of the top management of Viale Mazzini 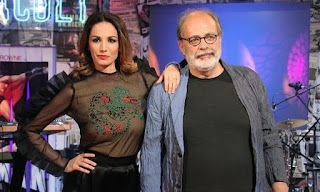 It was the 200th when Stracult, a Rai Due program dedicated to cinema fans, created by Marco Giusti (Andrea Delogu and Fabrizio Biggio are the other faces of the audiovisual product, without counting those who have been protagonists over the years, such as Max Giusti or Lillo and Greg). Over time, the show, as its title says, has become a cult broadcast for cinephiles. The originality with which the seventh art was treated was in fact unique in the Italian television panorama. Well, it now seems that the journey that began twenty years ago is coming to an end. Giusti himself describes the situation with bitterness, through the columns of Repubblica.

The author explained to the newspaper that the RAI leaders do not intend to give space to Stracult yet, at least in the capacity that the program has had up to now. The show has always analyzed outgoing films, b-movies in a very particular way and in general focuses on goodies that often the information channels of the sector do not give a voice. All this seems to have now come to an end.

One of the reasons would be directly 'attributable' to Giusti who has reached retirement age. However, if desired, this would not be an insurmountable obstacle since in Rai it has never been a problem to have 'dated' people work. After that there would be the coronavirus which is pushing everyone to review plans and budgets. However, underlines Giusti, the ratings would have nothing to do with the decision to cut the program.

“They didn't ask me anything - says the author -. And they haven't even talked to me about ratings. What can I say, if things are to be done, they are done: but this does not seem to me to be the case". Giusti added that it is beyond doubt that his projects do not find meeting points with the current leaders of the second public service network. On the other hand, he argues that it would not even make sense to give Stracult a completely new look without involving him, as being the show identified with his face, it would be a senseless decision.

The fact is that the situation now seems to have turned on a track of no return: the Stracult that has been seen on Rai 2 for twenty years will hardly see a new season.

Giusti's bitterness becomes even more acid when he thinks back to what end all the material collected in two decades could go:

“We have a crazy archive that now risks becoming unused and I tremble at the thought that it could end up in a cellar forever or maybe thrown away. Rai Cinema meanwhile produces at full blast with the paradox that Rai will no longer have a real program where we talk about films. They closed us, good for them. But I would like to understand why, and I can't”.