We continue our search for filming location for “A Bullet for the General”. The scene changes to Bill bringing in Chuncho and Picaro to the Federales. They are both tied up on horseback with Bill behind with a rifle on their backs. He tells the Captain they had robbed a train that he was on and the two bandits are taken inside for questioning. 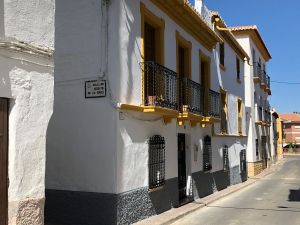 The scene was shot in Guadix, Spain. 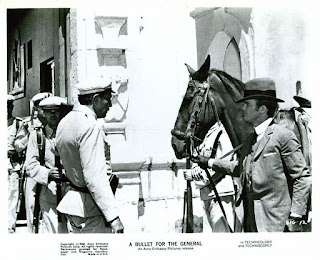