I’m an Argentinian actress born in Buenos Aires in 1937.

I’ve appeared in over 70 films and TV appearances.

I made seven Euro-westerns with such stars as Joseph Cotton, Jeffrey Hunter and Guy Madison. 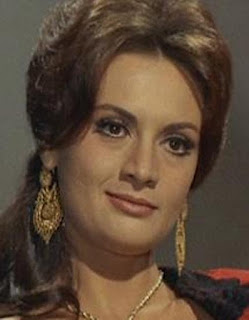