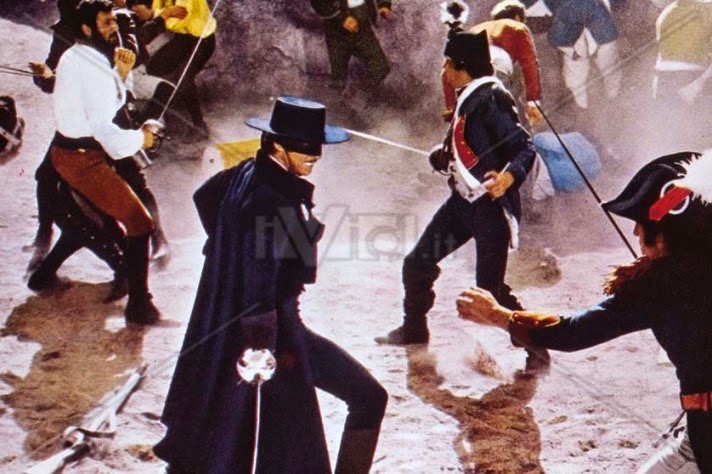 In Spain occupied by Frenchmen unsuccessfully meandering movements of revolt. Only in Pamplona some rebel groups, led by a mysterious masked individual, Zorro, implement disruptive actions and ambushes that make life difficult for the garrison commander, Colonel Brizard. For the umpteenth time, he has to undergo a serious blow by his archenemy, who manages to free, almost under his eyes, some prisoners sentenced to be shot.  His anger strikes, as always, the nephew of the Alcalde and Ruiz, a Spaniard in his service, which has the intention to marry Carmen, the young niece of the same Alcalde. Carmen, nauseated by the environment of courtiers and traitors from which she is surrounded, becomes a passionate supporter of the man who iss considered by all, the defender of his country, and falls secretly in love with him.  The example of the masked rider gives courage to the Spaniards who, with a regular army, begin a war of liberation.  When these troops reach Pamplona, ​​Colonel Brizard runs away, taking with him Carmen as a hostage, but Zorro manages to stop him and take him prisoner, releasing the girl. Later King Ferdinand VII comes back to Spain, and after revealing the true identity of Zorro appoints him Marquis of Navarra.