We continue our search for locations for “A Few Dollars for Django”. Bransbury’s henchmen are interrupted, before they can burn down Norton’s house, as Sheriff Regan rides up. They decide to ambush Regan and hope to get a big reward from Amos for doing so. They try to shoot him from the windows of the ranch house bur Regan knowing what they plan keeps his horse between them. The men decide to shoot him when he enters the front door but Regan comes in guns blazing and kills the two henchmen and one on the second floor landing.

He unties Sally and they hear and see an empty wagon drive up to the ranch. When they go outside to investigate they find a dead ranch hand lying in the back of the wagon and hear gunfire in the distance. Sally tells the sheriff her uncle is alone out there and he rides off to investigate.

Nothing remains of the ranch house today in Rancho Cubero y Galicia but the chimney. 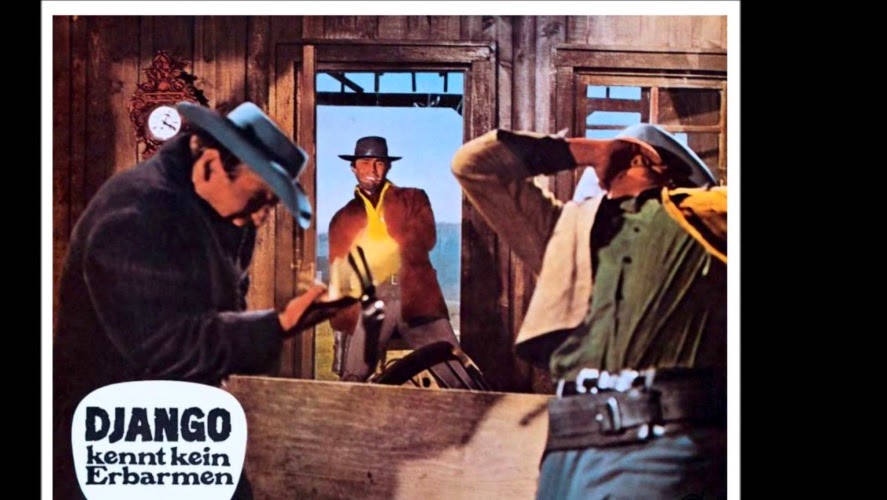 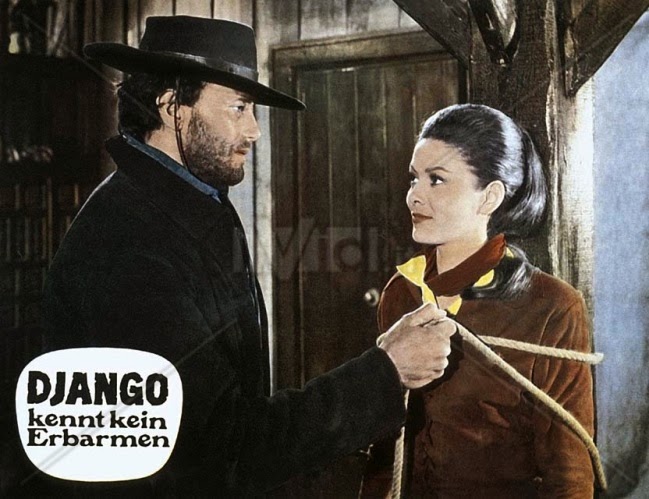