In collaboration with BEAT Records Company and Cinevox Record, Edda Dell'Orso who is now 80 had the honor to pay tribute and to converse with the most beautiful voice of film music.

For the occasion, there were different composers with whom the artist has worked throughout her career such as Stelvio Cipriani, Claudio Simonetti, Fabio Frizzi, Franco Bixio, Daniele De Gemini.

Edda is remembered mostly for collaborations with Ennio Morricone as well as many other artists and composers not only from Italy. Several stories were told to the public about Edda Dell'Orso and her career. 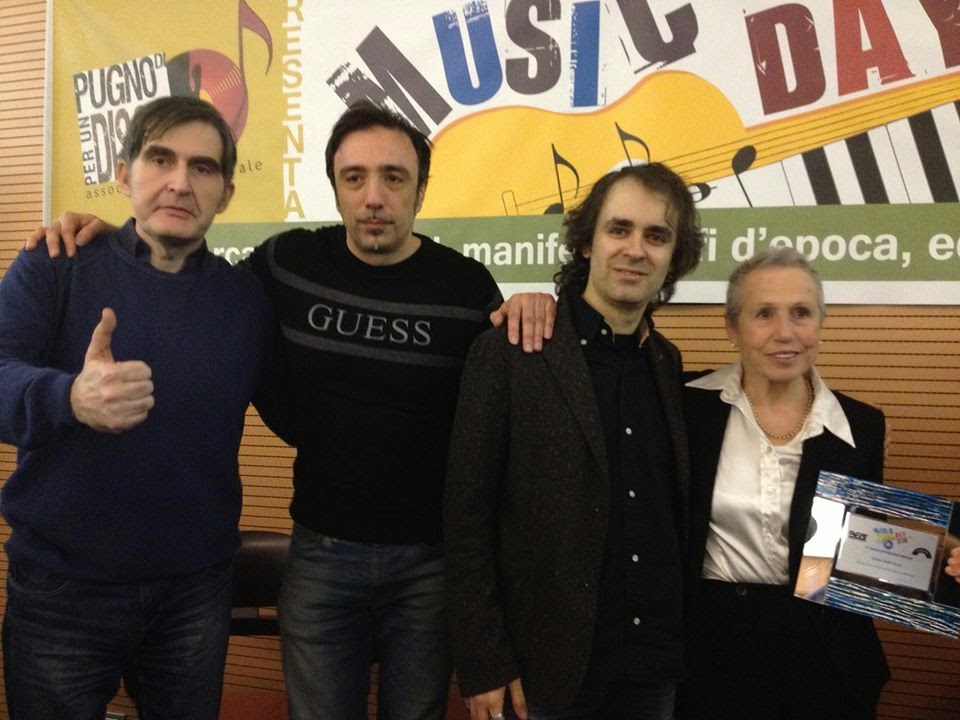 Claudio Fuiano, Favio Babini, Daniele De Gemini and Edda Dell’Orso
Posted by Tom B. at 6:30 AM