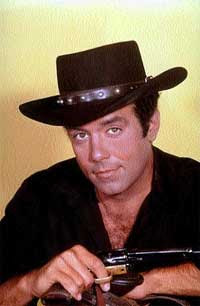 Pernell Roberts, the actor who starred in the TV series Bonanza and Trapper John MD, died at his Malibu home Sunday January 24th. He was 81. Pernell Roberts' wife Eleanor Criswell confirmed that the actor died of cancer. Pernell Roberts was best known for playing Adam Cartwright, the eldest son in the Cartwright clan. In 1979, he starred in Trapper John, MD, playing the title character, Dr. John McIntyre. The series, which was a spinoff of MASH,  lasted seven seasons. After Trapper John went off the air, he worked in television and film for years, and also did voice-over work.