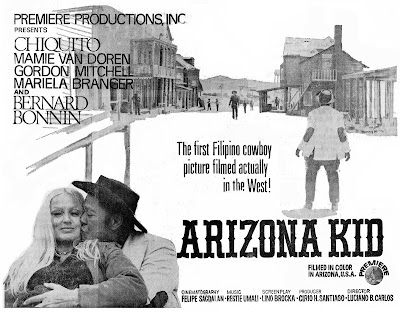 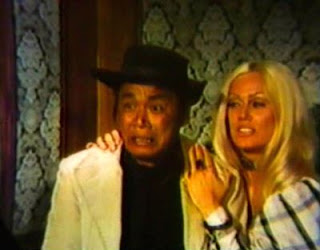 "A Filipino immigrant begins a search for his relatives in the Old West. In the process, he goes through a number of comedic sequences involving language problems between himself (speaking Tagalog, the Philippine national language) and Chinese immigrants ... not to mention everyday garden variety cowboys. Through a number of misunderstandings, flattery, and outright deception by people in a small town, he finds himself their sheriff - not knowing that, before his arrival, the town was besieged by a band of cutthroat outlaws who vow to return. This is a problem for Chiquito since, by nature, his character is a coward. But, on the search to find a family, he ends up finding something more ... love and courage. The acting by Mamie van Doren and others is a bit cheesy ... but it only adds to the comedic flavor. P.S. Bagoong is a salted-fish dish that many Filipinos love, similar in consistency to sardines. However, bagoong has (to non-Filipinos) an intense, overpowering, and terrible smell (think soiled baby diapers). The funniest scene in this film is the stagecoach scene where Chiquito is trying to enjoy his bagoong without spilling it or getting it on any of the other passengers.” - Sukip