Comencini: "The strength of Django in support of Mahsa Amini" 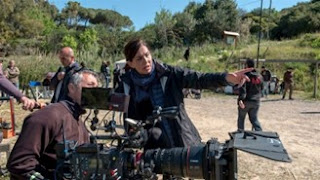 "God is warning you... you'd better listen to him!"

With this phrase to effect arrives at the Rome Film Fest the television remake of the classic Django – Corbucci's cult western starring Franco Nero – directed, at least for the first episodes, by Francesca Comencini, with Matthias Schoenaerts as the protagonist.

"Django - says the actor - is a man in crisis, and this makes him great. Maybe it's the last chance he has to show the world who he really is."

It is a "let's take back what is ours" after the equally mythical 'blacksploitation' version of Quentin Tarantino in 2012. Ten episodes of sixty minutes each, set between 1860 and 1870, which expand the concept of the original starting from the same iconic image: a mysterious stranger who drags himself behind a coffin in the desert.

Inside it, a deadly machine gun, a weapon used at the time but not really common. A kind of superpower, which made history. After the first film in 1966, a plethora of epigones – all called Django, all disconnected from the progenitor – and an official sequel, Django 2 – The Great Return, directed by Nello Rosselli in 1987 with an eye to the emergence of the Stallonian Rambo and his sequel that became Tormantone: Rambo 2 – Revenge.

And now the Sky Original series (with Cattleya, Atlantique and Canal +) which also sees, among others, Noomi Rapace, Vinicio Marchioni and Manuel Agnelli. Comencini begins with a statement in support of "Mahsa Amini - the 22-year-old Kurd who died three days after her arrest for not wearing the veil correctly - and all the girls and boys in Iran who are fighting for freedom".

"This project captured me right away, also thanks to extremely strong female characters – he continues – Django offers a new and interesting point of view on the idea of masculinity in the western genre. It is a universal story that celebrates diversity and minorities. I'm sure it will intrigue and fascinate viewers all over the world. The westerns I grew up with were a great fairy tale for adults who managed to convey an indomitable spirit of revolt that played a great role in my formation as a rebellious girl. Our western tradition is legendary, we respected it but talking about our time. We used the dream of boundless cinema that is the western to talk about our era, with great protagonism to the female characters, and to tell an anti-hero with intimate crises, linked to an affective sphere. It is a crisis that has to do with the new codes of virility. It is a world that is afraid of diversity. There is a female villain, a woman who becomes the guardian of a patriarchal order. It is about making a captivating work to tell characters that can be contradictory, even in a world that claims to be utopian".

Rapace comments: "They created a new door for me, towards an extremely complex character, we started to dig inside her from the first call, she starts as a bad person, capable of incredible violence and extremism, but gradually you begin to understand why she is made like this".

Screenwriters Maddalena Ravagli and Leonardo Fasoli talk about the relationship with Tarantino: "We also dealt with Tarantino's Django, because even that, in a spectacular way, makes a political story. Not a statement but a reflection that starts from the condition of the black population after the end of the Civil War and stages characters that reflect conditions that still exist today. Tarantino is clearly a reference, in an attempt to try to find keys to talk about problems that we feel even closer, including a strong contrast between identity and minority cultures and those who perceive this element as the future, and those who think it is a threat. An eternal contradiction between openness and closure".