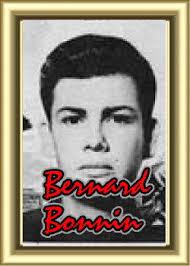 The local Filipino entertainment industry has lost yet another of its veteran actors in Bernard Bonnin who passed away Saturday, November 21. He was 70.

Bonnin, whose death came two days after Johnny Delgado’s demise on Nov. 19, died of multiple organ failure due to diabetes. A week prior, the actor was confined due to a stroke.
Born Herman Bonnin on September 8, 1939 in Himamaylan, Negros Occidental, Visayas, Philippines, he was the half-Spanish father of beauty queen Charlene Gonzales-Muhlach and actor Richard Bonnin. He catapulted to fame via the movie “Palos,” which was the Philippine version of “James Bond.” ABS-CBN remade “Palos” into a TV series in 2008 starring Jake Cuenca and with Bonnin in a support role.

Dubbed the “Pretty Boy of the 60s,” Bonnin starred in over 170 movies in a career that spanned four decades. Some of these films were “Gagamba,” “Ako ang Lalagot sa Hininga Mo,” “Code Name: Bomba,” “Target: Captain Karate,” and his first film, “Ay Pepita.”

Bonnin has a son with former love team Lourdes Medel, and two more with non-showbiz wife, Digna, whom he was living with at the time of his death.

Bonnin appeared in one Euro-western the "Arizona Kid" (1971) with Chiquito, Mamie Van Doren, Dan van Husen and Gordon Mitchell.
Posted by Tom B. at 4:59 PM