A conversation with Davide Mancori: in Ceccano with "Tre mani di cinema"

Davide Mancori (cinematographer and producer) was vice president of the Italian Association of Cinematographic Photography (A.I.C.), of which he is currently cultural director. He is a member of the jury of the David di Donatello Award. 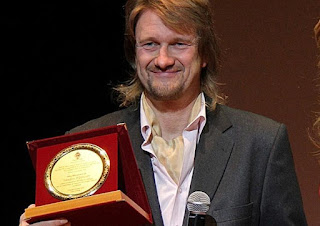 Q: He is the last "witness" of a family of authors of photography that has made the history of Italian cinema: together with Giovanni Lupi, in an imaginary dialogue with his father Sandro, he gave birth (it is appropriate to say) the volume "Tre mani di cinema", in which he traces the history of his family and not only, through anecdotes and memories, all accompanied by 65 splendid exclusive images. How was this publishing project born?

DM: There was a curious, explosive combination of factors that cleverly combined my profound willingness to out a heavy internal burden, mixed together with the reordering of an enormous wealth of images that belonged in part to my father and his family, as well as me, cataloging that was taking place at that moment very cathartic. The spark from which the writing was born was the suggestion by a friend, the promoter and financier of the book Riccardo Marconi, who was aware of the importance of all the photographic material in my hands. With Giovanni Lupi we collected many ideas and "filtered" many of them purifying them from spurious narrating a grotesque and surreal context to give the book an ironic lightness. If I had written it myself I would have already received several complaints.

Q: In the book, as mentioned, there are suggestive images, taken from the sets of films that have made the History of our Cinema: which, among these, do you prefer and why?

DM: Perhaps the images that excite me the most are those that, in large format and often on two sides, are included in the final part of the story.

They were taken from the epic colossal sets "GENGIS KHAN", released in the States as "GENGIS KHAN, STORY OF A LIFETIME", a film never released in Italian cinemas. They are images of "cinema" not of a film. These are moments in the history of cinematography, the last ones in which an Italian production company is involved in a blockbuster in co-production with the USA. The cost of production of the film exceeded, in 1992, the ceiling of 55 billion of the old coinage. At the end of each day of the six months of filming, carried out in the various republics of the C.S.I. just born of the dissolution of the USSR, we counted over two hundred people in the hotel's dining room. They were Italian and American technicians and workers who, every morning, joined those Kazakhs, Uzbeks, Kighs, Turkmen or Chinese, depending on the area where production was involved. In practice, there were over three hundred people on the set each day, and twelve cameras were distributed across the various units. The images in the book only partially describe this "cyclopean" way of making films.

Q: As a child you breathed the air of the set, so much so that in the movie "7 Dollars on Red" (directed by Alberto Cardone) you officially make your debut on the big screen, as a very young actor: your memories? 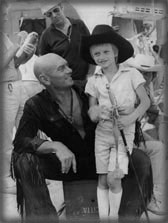 DM: A memory, alas, dramatic that has accompanied my thoughts for a short time. I was impersonating a child who, on a farm in the far west, was kidnapped by my mother while I was busy warming myself next to a fireplace. In action, one of the protagonists, put me in the hands of a big gunman on a horse that immediately ran away from the scene. The cries and my screams, preserved in original in the English version of the film, were not fictional.

Q: What can you tell us about your debut, this time, behind the camera?

DM: The first distant experiences as "helping an assistant camera operator" (in fact they made me do everything - even the coffee - without allowing me to touch the camera) was in the film by Giorgio Stegani "DISPOSTA A TUTTO", played by Eleonora Giorgi and Bekim Fehmiou in a terrible and eventful Venice that came the poignant vibrations of Gemona that collapsed in the second phase of the earthquake of September 1976. Thanks to my father Sandro, I worked on "PICCOLE LABBRA" (director Mimmo Cattarinich), "YETI" (F. Kramer), "AMORI STELLARI" (B.Albertini) and "SBIRULINO" (F.Mogherini). They were films considered to be B movies. The first real important film as an assistant operator was in 1982 with an Italian-American production entitled "SHE" directed by Israeli director Avi Nesher. It was a small blockbuster.

The first works as DOP came from television since 1989. I have shot many documentaries in dozens of places in the worl, even extreme ones, filming from Longyearbyen in the Svalbard archipelago, to Puerto Williams in the most extreme Patagonia, various deserts, Andean peaks, steppes and many particular places.

Q: The film that bears the signature of the Mancori family to which it is more linked?

DM: The film I'm most attached to is "HEY AMIGO, C'E' SABATA, HAI CHIUSO", directed by Frank Kramer. My father Sandro Mancori was in charge of photography, my uncle Mario Sbrenna at the camera. In that film is enclosed a cache of shots, perhaps the most beautiful, showing in all its pride the ELIOS establishments and the entire western village built by Alvaro Mancori. Never did any theater in Europe possess the characteristics of the village that my uncle lent to Sergio Leone for free for the first film of the dollar triad "FOR A FISTFUL OF DOLLARS". Thanks to an incapable and ignorant political class of that splendid village, which today could have been a great cultural museum available to all, only dust and memories remain.

Q: In addition to cinematographic photography, you also take care of production: what can you tell us about it?

DM: I am the owner of Jinko Communications LTD, a foreign company that operates mainly abroad. For Italy I have produced several works on behalf of RAI and Mediaset, however, referred to in a distant past. Among the film productions I mention "THE MARK", which I also filmed, produced in coproduction with the Filmax of Barcelona back in 2003 and several other small documentary productions. Jinko Communications is currently preparing "BOARDERS" for a co-production with Kino Film in Moscow, DOR FILM in Kishnew and Castel Film in Bucharest. The direction will be by Carlo Nero. Among the performers Franco Nero, Vanessa Redgrave and perhaps Juliette Binoche and Nastassja Kinski. Fingers crossed! If the film starts, I will shoot it in 35mm film. The idea was liked by all the project partners.

Q: What it means (artistically) for you to be today the last representative of a family in a certain sense "epic", masterful example of how the nobility of high craftsmanship has marked the history of a Cinema (strictly in film) that today, unfortunately , does not exist anymore?

DN: The cinema from which I come, was made of punctuality, expertise, knowledge, humility, rigor has been replaced by film productions that have, as a unique ambition, the electoral bases and fraud financing with the highlighting of distortions that have brought with them the extinction of real producers, and also that of machine operators mortified by self-proclaimed self-appointed directors. My speech on this is very long and I would certainly fall into a disgraceful controversy. Better stop it here and hope for a future change that brings the seventh art to the center of attention considering that, until the very politic "Article 28" has been created, that more than 400 films were made every year by the Italians "seen" in international markets. Today no one wants them anymore for obvious and justifiable reasons.