Who Are Those Guys? - Harold Bradley 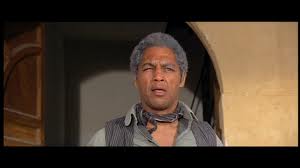 Harold Willard Bradley, Jr. was born in Chicago, Illinois on October 13, 1929. He was the son of professional football player Harold Bradley St. [1905-1973]. Like his father before him, Harold Bradley Jr. played football at Englewood High School in Chicago and enrolled at the University of Iowa after graduation. By joining the Hawkeye football team, Harold Bradley Jr. completed the first African-American father-son combination to play football for the University of Iowa; his father played for the Hawkeyes in 1926.

After leaving Iowa, Bradley served for three years in the U.S. Marines. He played football for a team called the Marine Corps Recruit Depot San Diego Devil Dogs from 1951-1953, where he was discovered by a coach for the Cleveland Browns. Bradley then played three seasons for the Browns from 1954-1956, winning NFL championships with the team in 1954 and 1955. He finished his pro football career with the Philadelphia Eagles in 1958.

By playing four seasons of pro football in the 1950s, Bradley joined with his father to complete the first African-American father-son combination to ever play in the NFL.

Bradley earned a scholarship in 1959 to study at the University for Foreigners of Perugia in Italy. He then opened an art studio in Rome named Folkstudio in 1962. During the day, Bradley used the studio to display his paintings while turning it into a jazz club in the evenings. Several prominent musicians, including Bob Dylan and Pete Seeger, would go on to perform at Folkstudio.

Bradley also broke into acting in 1960, landing a role the following year in the film “Barabbas”. He would star in more than a dozen Italian films over the next seven years, mostly in the sword-and-sandal genre. Bradley's cinematic work during this time included notable roles in two 1965 films: “Tucos in Sette contro tutti” (Seven Rebel Gladiators) and George Harris in “La capanna dello zio Tom” (Uncle Tom’s Cabin).

In 1968, Harold Bradley Jr. moved back to the United States after accepting a job as a curator for the Illinois Arts Council, in Chicago. He went on to teach history of education at the University of Illinois at Urbana-Champaign and work with the university's Center for Upgrading Education Services (CUES) in its extension projects with local Champaign schools. Later, he took on a posting at the Illinois State Board of Education, in Springfield, producing instructional and educational television.

During the 18 years he spent commuting between Champaign, Illinois and Springfield, Illinois he produced and hosted three prime-time public-affairs shows - Soul Side, Close-Up for the CBS affiliate and "People Beat" for the NBC affiliate. Race and intercultural issues were the main focus of his interviews.

During the next two decades, Bradley also made occasional appearances in movies and on television.

Bradley re-visited Italy in 1987 to celebrate the 25th anniversary of Folkstudio, and he soon decided to take up permanent residence there. Since returning to Italy, Bradley has made a few more film appearances – mostly in Italian films and a small role in the movie “Daylight”, starring Sylvester Stallone. He has also appeared on six albums of spiritual- and folk-inspired music.

Harold Bradley Jr. currently resides in Rome, Italy. He and his wife Hannelore have two daughters, Michaela and Lea, and a son, Oliver.