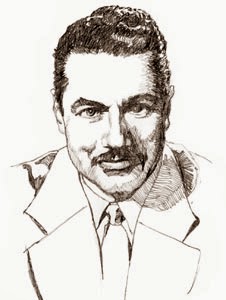 Nikša Fulgosi was born on March 25, 1919 in Split, Croatia, Yugoslavia. During his high school and college days in Zagreb, Nikša wrote many stories and crime adventure novels. He worked as a sports journalist in the Croatian daily sports and illustrated news. In 1944 he was awarded second prize for the screenplay film comedy "Osmi smrtni grijeh". He became a screenwriter and director of documentary films for Jadran film, and  he did a series of commissioned economicaly commercial films, produced during the 1950s and 1960s. He directed and wrote the screenplay for a comedy film "Little Jole" in 1955, which remains unfinished. As a writer and director he created a series of programs for Zagreb TV. He was co-director of the Euro-western “The Deserter” with Burt Kennedy. Fulgosi most likely directed scenes with the Yugoslavian actors.

Today we remember Nikša Fulgosi on what would have been his 95th birthday.