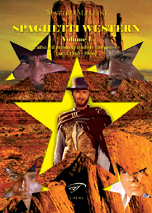 Spaghetti Western is a project structured in three volumes, which aims to present the genre as it has evolved over the years, from the proto-Western fordiani Germi set in Italy, the Western pre-Leone epic of American debtors, through Sergio Leone and gradually with the avengers of the far west, the tortilla westerns, western comedies and then those bizarre last efforts that mingled with the general antithetical elements borrowed from other streams such as martial arts movies or horror, until the end of the 1980s attempts to revitalize a now dead genre. So an important path, full of quotations, anecdotes, opinions and advice for undertaking a comprehensive analysis not only of the spaghetti western but of Italian cinema. One can almost say that there has not been a director, screenwriter or famous movie actor who has not passed on working in the Italian Western genre. Even prisoners of their success as directors Dario Argento, Lucio Fulci, Mario Bava, Tinto Brass and Pier Paolo Pasolini made ​​westerns. A genre that had given to the public, in just over ten years, about four hundred films, laying the groundwork for the creation of all other genres and even of the auteur, financed by the income of these stellar movies. This first volume of the series sheds light on the initial phase of the spaghetti westerns, from its dawn to 1966, analyzing, film after film, its slow evolution and that of its characters with a more popular air than a critical analysis and with the intention to encourage young readers to its rediscovery and especially to inject into them the stimulation and curiosity about the world of Italian genre cinema, which was outrageously confined by television and film production from some hypocritical and bigoted critics and relegated it into a cultural corner and categorizing it sadly as just a niche.