Who Are Those Composers ~ Marc Williamson 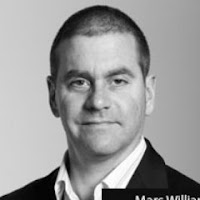 Born in Paris, Marc Lancelott Wilkinson on July 27, 1929. He studied composition at Columbia and Princeton Universities; and also took some private lessons with Varèse in New York. He published a number of analytical articles on works by Varèse and Boulez. In England, he became one of the first independent composers to make use of the BBC Radiophonic Workshop after it opened in 1958. For a time Wilkinson was resident composer and musical director of the Royal Shakespeare Company, then musical director of the Royal National Theatre (1963–74). One of the first scores he composed in that post was for Peter Shaffer's The Royal Hunt of the Sun (1964); the result deeply impressed the playwright, who has described Wilkinson's work as "perhaps the best score for a play to be written since Grieg.”

Other National Theatre productions for which Wilkinson wrote incidental music included Tom Stoppard's plays Rosencrantz and Guildenstern Are Dead (1967) and Jumpers (its premiere production, 1972). He also taught at the Royal Court Theatre studio, under the directorship of Keith Johnstone, from the autumn of 1964.

Through his work at the National Theatre Wilkinson met Piers Haggard, who was working as an assistant director: the two worked together on the National Theatre production The Dutch Courtesan (1964). Having directed several TV dramas, Haggard was about to direct his first feature film and invited Wilkinson to score it. The result is one of Wilkinson's most celebrated film scores, Blood on Satan's Claw (1971), acclaimed by Jonathan Rigby in English Gothic as "easily among the best ever composed for a British horror film". Wilkinson subsequently gave crucial advice to Paul Giovanni who had been commissioned to score the film The Wicker Man.

Wilkinson and Haggard subsequently worked together on further TV and film productions, including Quatermass and The Fiendish Plot of Dr. Fu Manchu.