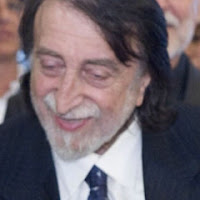 Italian composer, arranger and record producer Antonio ‘Tonino’ Coggio died in Rome, Italy on October 19, 2021. He was 82. After starting to study piano, he completed his studies at the Niccolò Paganini Conservatory in Genoa; here comes into contact with some exponents of the Genoese school, becoming in 1964 the keyboardist of the group accompanying Gino Paoli; when the singer-songwriter signed to RCA Italian, he moved to Rome, and had the first recording studio experience with the album Gino Paoli at Studio A. Coggio is then hired at RCA as a musical assistant, on the initiative of Ennio Melis, but continues his live activity as keyboardist of Domenico Modugno, whose recordings the singer-songwriter makes at the end of the 1960s for RCA follows. In 1980 he founded, together with Roberto Davini, the production company Calycantus, which collaborates both with the Italian RCA and with CBS, working in the following years with musicians such as Luca Barbarossa , Mario Castelnuovo, Fiorella Mannoia (for which he writes Caffè nero bollente ), Mimmo Cavallo, Massimo Bizzarri and Mariella Nava. Coggio was a musical technician on 1967’s “Day of Anger”.