Lilo Grahn: “I only read about the Indians from Karl May”

In our deep "western-cinema" research, sometimes you find something completely unexpected. Among other things, another rarity has recently been discovered - a curious interview with the female lead from the DEFA Western studio for “Chingachgook, die große Schlange” (Chingachgook the Big Snake 1967), German actress Lilo Grahn, given after the movie’s release.

Frau Grahn, in the new film from the DEFA studio “Chingachgook the Big Snake” you have an interesting female role – Judith Hutter. How did you, such a young actress, known for your work as a stage actress working in a relatively small theater, end up in this project?

LG: Everything went as it should: director Richard Groshopp saw my photos in the casting bureau of the DEFA studio and invited me to audition for the role. As a result, I did not play the Indian Wa-Ta-Wa, as previously assumed, but the “Paleface” Judith.

- Do you think it makes sense in a film today after more than a hundred and twenty years, the well-known novel by North American writer James Fenimore Cooper and play your first big role in it?

GG: I must admit that before working on this film about Indians, I read only bout them in Karl May novels. But after reading Cooper's “Deerslayer”, Karl May’s novels seem superficial to me. Yes, in fact, the plot of these stories are constructed more than implausible. The main thing for May is, it seems to me, the one-sidedness of the characters, which are more deeply represented by Fenimore Cooper. With Cooper, the characters seem more convincing.

With a historical sense of responsibility, he recreates material from the days when part of North America was a British colony. I agree that his humanism is not limited to superficial morality. Both the conflicts in which his heroes are involved, and their actions, are all variegated, lively and cause the reader to participate in them again and again.

Cooper also has a lot of ethnological knowledge. The plots of his books are quite fascinating, and I hope that our film, while remaining faithful to the literary source, will captivate the viewer visually. Unfortunately, today in many parts of the world in colonized countries, where there are brutal military methods, you can see the parallels of Cooper's plot.

I hope that the main characters of the film will not go unnoticed. Both Chingachgook and Deerslayer will definitely find admirers, and not just young ones. Both Tom, the gloomy sea pirate, and Harry, the scalp hunter, are also characteristic types. Richard Groshopp is a director with extensive experience. I was very happy to work with him, to learn from him, especially when it came to my first big movie role.

- What role do you define for Judith?

I imagine her cold and rational. This is a harsh woman, living in beautiful but very wild places. She will have terrible discoveries about the old criminal life of old Tom, who for a long time has replaced her father. This alone is already bad enough. In addition, there is also disappointment in love ... In fact, the only thing that I myself did not fully understand in this exciting and thought-provoking story is why Deerslayer rejects Judith's love. His argument that love of nature is higher than me - Judith - does not convince me ... I tried to play Judith in the "Cooper sense" - so that the viewer felt that this sincere girl could overcome the pain, turning to the true meaning of life.

Meanwhile, Dr. Gottfried Colditz has already invited me to participate in the next “Native American” film, to which my “movie father” from “Chingachgook” Helmut Schreiber wrote the script ...

As you know, in the third “Indianer” film, “Spur des Falken” (Trail of the Falcon 1968) Lilo Grahn did not have a chance to play - the main female role which went to Polish actress Barbara Brylska. Having starred in several films and in the television series “Polizeiruf 110” (Police Phone 110), Lilo Grahn remained mainly a theater actress. Unfortunately, she passed away quite early. She was buried in Berlin with her husband, well-known graphic artist Herbert Sandberg [1908-1991]. 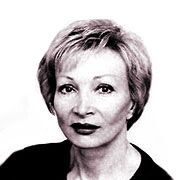