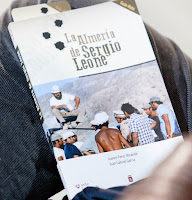 The route follows the journey of Leone and Clint Eastwood across the province as the movie series, which is considered to have established the genre, was filmed in the 1960s.

An initial print run of 3,000 copies of promotional material and maps in Spanish and English will be distributed at popular tourist spots and the route will also be promoted online and at various fairs across the world by the Andalucian Film Commission and the Junta de Andalucia regional government.

Regional Culture, Tourism and Sports delegate Alfredo Valdivia presented the route, explaining that the initiative aims to project the image of Almeria as the perfect destination both for film locations and for movie-related tourism.

The launch coincides with the 50th anniversary of filming of the last of the three movies, The Good, the Bad and the Ugly, recorded in 1966 following the success of A Fistful of Dollars in 1964 and For a Few Dollars More in 1965.

“The films are a fine example of the Western genre as Leone worked in all three with actor Clint Eastwood and composer Ennio Morricone and included scenes which have become part of the history of movies,” said Tabernas Mayor Jose Diaz, who was also present at the presentation.

The Dollars Trilogy Route is part of the Great Andalucian Cinema Route project, which the AFC and the regional Tourism and Sports Department are jointly developing to take advantage of the attraction of locations across Andalucia of more than 200 popular films.
Posted by Tom B. at 6:14 AM