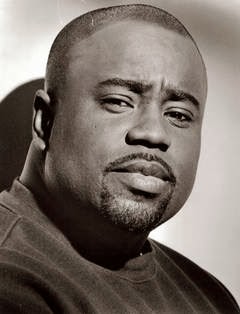 Comic James Hannah, a local club favorite, who went on to write for Steve Harvey and Chris Rock, has died, according to friends and family. Mr. Hannah, 45, collapsed at his Dallas-area home February 10, 2013. He then worked in Los Angeles and had a role as stuntman in the Euro-western “From Dusk Till Dawn 3: The Hangman’s Daughter (1999). After work in Los Angeles was affected by the writers’ strike, Mr. Hannah moved with his family to Dallas, where he was planning to write for a radio show.
Posted by Tom B. at 11:15 AM