THESE DAMNED POUNDS OF GOLD 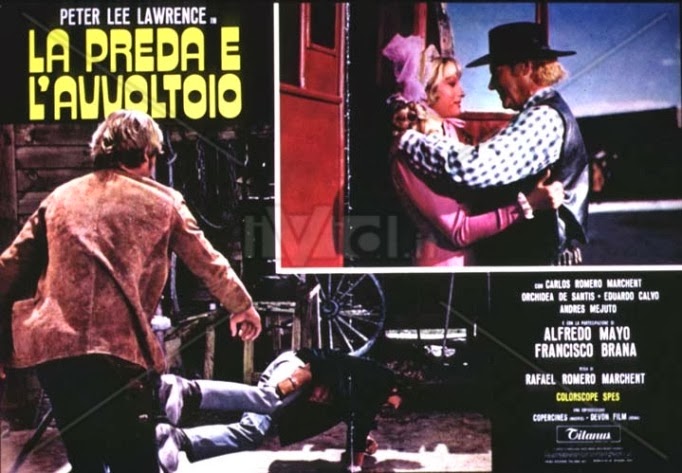 Danny Lom, son of ranch owner, despite showing the ability to ride and to use a gun, shows a strong aptitude for painting. In order to meet the aspirations of his son, his father sells the farm and parts with him for a time so he can go to the city and follow his dream. During the trip, the coach is attacked by bandits: Danny, hides in the thick bush during the firefight, a powerless witness to the massacre of his father and the other the travelers. Thanks to his keen sense of observation, the young man manages to fix in his mind on some special clothing and armament of the bandits. These elements allow him to identify some of the culprits among the inhabitants of a nearby village and follows a trail of vengeance punish them. In love with the daughter of the sheriff of the village, Danny is in a difficult situation when he notes the boots of the girl's father and a pair of spurs belonging to one of the bandits. When the sheriff tells him that the Spurs were given to him by Mr. Stanford, a wealthy land owner of the area, Danny is not slow to recognize in the latter, the leader of the bandits. With the help of the sheriff and a group of volunteers, he is finally able to defeat Stanford and the rest of the gang.