I was born in Cuba in 1933 and used an alias during my professional entertainment career.

I became famous as a dancer at the Folies Bergère in Paris.

I’ve appeared in 20 films among which were 3 Euro-westerns.

Rex Lee correctly identified this week's photo as that of the 'Cuban H Bomb' Chelo Alonso. 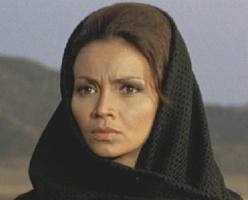