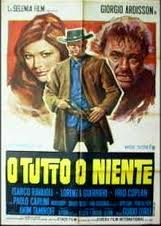 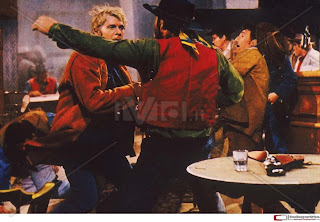 A gunslinger named Johnny, with a bounty on his head of $ 2000, is contacted by an individual who prefers to hide behind the name of Solitaire, but in reality claims to be a Pinkerton agent asking for his help in retrieving a cargo of a million dollars in gold coins stolen by a bandit named Buseba. In return for his services Johnny will receive a percentage of the recovered gold and a pardon for his crimes including murder. Because of Johnny practice before each gunfight of inviting his victims to make the sign of the cross before being killed he is called Amen. With the support of Solitaire, disguised as a gambler, they settle in the town, where the bandit Buseba, leader of the gang terrorizes the country with the help of a puppet sheriff and is waiting to cross the border into Mexico once things have calmed down. Johnny becomes involved in a clash with the gang and is rescued by a mysterious individual known by everyone as the Phantom. This mystery man arrives just in time to help Johnny during another clash with the band of outlaws and together they finally eliminate the gang. Buseba is betrayed by Solitaire, the self-styled law man who is none other than a clever and crafty criminal able to us Johnny’s gun while he grabs all the gold. The Phantom turns out to be and old and skilled gunslinger named Dean Light who has lost track of time and now lives in the country in ragged, smelly clothes while being the continuous object of ridicule and humiliation at the hands of Buseba’s men. Light could bide his time without arousing the slightest suspicion from Johnny who several times defended him from the harassment of the bullies and teams up with him in securing the wagon that contains the gold.