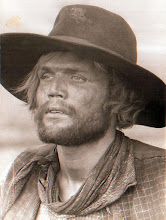 Veteran German actor Dan van Husen has died. He turned 75 on April 30th. Dan was born in Gummersbach, Renania Settentrionale-Vestfalia, Germany and was first discovered by Italian producers while working as a club disc jockey in Spain and began working increasingly seriously as an actor in the late 1960s. He appeared in twenty Euro Westerns before branching out into diverse roles and genres. He acted under the direction of directors such as Sergio Corbucci, Sergio Martino and Enzo G. Castellari. Dan also worked on German television and In 2001 he worked on “Band of Brothers”, a Steven Spielberg production. In June and July 2010 worked in southern California in the American Western film “Scarlet Worm”, the role of the antagonist Heinrich Kley, directed by Michael Fredianelli and in 2016 for Martin Koolhoven in “Brimstone” He was one of the great faces of the Euro-western genre in such films as “A Bullet for Sandoval”, “El Condor” both 1969; “Captain Apache”, “Doc” both 1970, “Bad Man’s River”, “Catlow”, “Pancho Villa” all in 1971; “Sonny & Jed”, “The White, the Yellow, the Black” (1974); “Yankee Dudler” (1975), he will be missed.
Posted by Tom B. at 7:33 AM