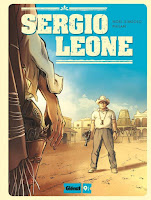 Once upon a time there was a movie legend. Spain, 1965. On the set of “For a Few Dollars More”, Sergio Leone, who now signs his films by his real name, talks with a journalist to discuss his career ... Son of one of the pioneers of cinema Italian, Sergio grew up in fascist Italy of Mussolini. It is in this troubled context that he is passionate about American literature and cinema. At the end of the war, he made his debut, becoming the assistant to some of the greatest directors of his time such as Orson Welles and William Wyler (for whom he realized the legendary chariot racing scene in Ben Hur). Weary of the peplum, he will nevertheless inaugurate his career as a director with “The Colossus of Rhodes”: a film that allows him to insidiously make fun of the codes of a genre he denigrates. But by deconstructing this genre, he gives her a new birth. Like the western, to which he will offer years later a new breath ... and some of his greatest masterpieces. Already author of a reference book with the filmmaker, Noel Simsolo tells us in detail the life and career of the legendary Sergio Leone, inventor of the spaghetti western and probably one of the most cult filmmakers of all time . 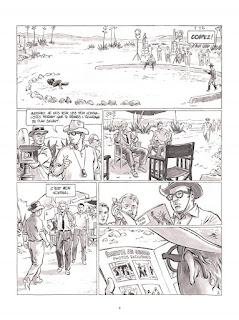