Who Are Those Gals? ~ Rossana Canghiari 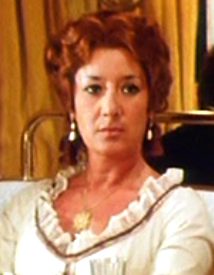 Rossana Canghiari is an Italian actress who appeared in over 130 films between 1958 to 1991. Although she appeared in so many films during 4 decades I can find nothing about here other than a list of films appearances. Apparently she never appeared on television as I can find no credits for her.

Rossana was a character actress with very few substantial roles with dialogue. Her Euro-westerns consist of four titles and in everyone she plays someone who is seen only in the background.

I’m guessing she was born in the mid to late 1930s and have no idea whether she is still living today.