An ode to the 'Spaghettti Western' - by Toscano

And into this land of horse shit, dust, sage-weed, tumble-weed, syphilis, open-sores, toothache, whores, bitches, flea-bitten bastards, and itchy bits, rode a man - unlike any other man - for he was wearing a kinky 'French Duster', and his name was 'Jeremy'....or....'Jeremy, the Turd'.

In Spaghetti terms, Jeremy was a complete, and utter bastard, descended from a thousand bastards....with Irish on one side, Mexican on the other, and Jeremy was far right in the middle. He was the turd of three Irish brothers.... the first and second already having died in a stampede to the bar, for the cheapest whore. His brothers had always got the discounts, and he had always paid the goddamn price.

He carried his gun in a holster, and left his holster in a coffin, that he always paid a gravedigger to drag from town to town. When asked why this was so, he would always reply, in his slow, and easy drawl: "Because I'm a mean, lazy sonovabitch...."

And, so word got around, that Jeremy, the Turd, was one tough sonovabitch to nail down and crack.

Word soon spread, and the gangs all lined up...the Murphey's, the Cassidy's, the Poopers, and the Mckennas....
but none could bring him down,
for each one that strode in, each one would hit the ground.
And then one day, as chance would have it, a man called 'Ringo' rode through. 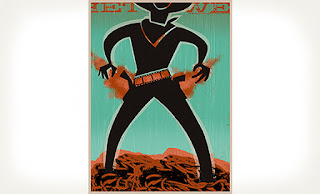 The die had been cast, and the whisky was poured....and the air was heavy with farts and lead.
Then into town, looking all around, came Sartana, Django, Joe, and Fred.
"Where's Jeremy?", chimed up one lone, and pathetic voice. 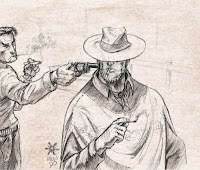 "In the bog, with his bloody bastard coffin", came the reply.
The showdown was nigh, and the sun was high, and Noon was right on time.

Contestants, please beware.
For every time that a trigger is pulled,
a bullet you will share.

The orchestra started playing, a waltz to pass the day.


The notes were for the bullets, that would soon be on their way.

Truth be known - and time will tell, that they all fled for home.
Jeremy, the Turd was victorious, because he was, in reality 'The Milky Bar Kid',
and his milk was mercy mild.

In 1891, or so the rumour goes, Jeremy the Turd expired...
for several years, his finger had not fired.
But on a grave, somewhere from sight unseen, lies an epitaph to a legend, who was tall, dark, and mean. 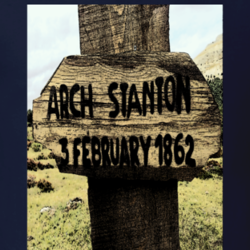