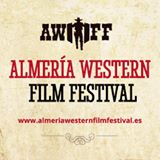 The V edition of Almeria Western Film Festival (AWFF) will be held from October  9 to 11, 2015 in Tabernas, Spain.  The Town Council remains the main driver of this event which was consolidated after four consecutive years as one of the major events for tourism and film distribution, not only in Tabernas but of the entire province of Almeria. For more information see the link below.