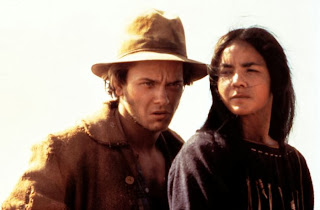 A young man named Talbot Roe, has gone insane over the death of his wife. Talbot's father, Prescott Roe feels his son's pain and wants to find him a new wife. He goes back to the place where he bought Talbot's first wife, from Eamon McCree. He finds the dead wife's sister, who is a champion horse rider and Mr. McCree's daughter, which makes her only half-Indian. Roe asks McCree if he could have his last daughter for his son, but McCree refuses. Then, Roe kidnaps her and tries to get her to help him, and she takes the deal for gold and four horses. But Talbot isn't taking any chances on her—he's too afraid that she'll try to take his wife's corpse from him. And for the last few nights, he sees the ghost of his dead wife, who wants him to destroy her corpse, but he won't.