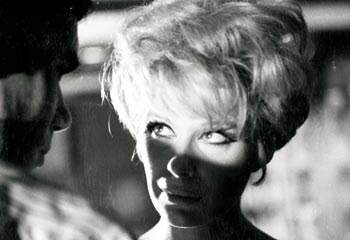 Born Maria Jesús Mayor Ávila on June 14, 1939 in Santander, Cantabria, Spain, she studied classical dance and Spanish guitar and then became a stage actress in 1956 before making her film debut in 1957. She would then go to alternate between films and television. Marta married producer, director José María Forn. Marta was active in the film industry until the early 1990s. Marta made five Euro-westerns, sometimes using the aliases Martha Hyier, Martha May and Mary May. Her most memorable role was as Elena, Audie Murphy’s girl, in “The Texican” (1966). Today we celebrate Marta May’s 70th birthday.
Posted by Tom B. at 5:49 AM