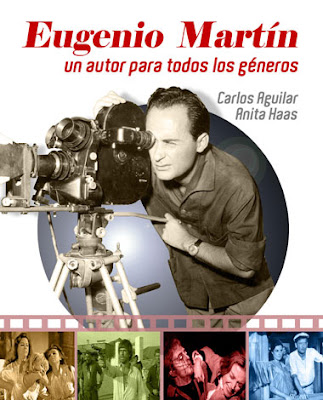 A new book on director Eugenio Martín has been released. The authors are Carlos Aguilar, who has written many books on the Spanish participants of the Spaghetti Western genre. Collaborating with Carlos on the book is Anita Haas, who has previously written a book on Eli Wallach. An homage to Martín and his films was recently held from January 24 – February 1 at the “Retro Back” International Classical Film Festival in Granada, Spain. Martin directed such Spaghetti Westerns as “The Ugly Ones” (1966), “Duel in the Eclipse” (1967), “Pancho Villa” (1971) and “Bad Man’s River” (1972).
Posted by Tom B. at 5:52 AM