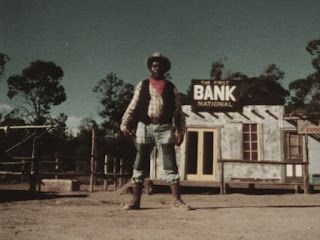 When Kay Kay, a powerful, ruthless businessman, sets out on a mission of revenge against two men accused of killing his brother, he strong-arms the local sheriff into forming a posse of thugs to aid in his vendetta. But when Jet and Owen, the two easy going friends, learn of the gang out for their blood, they prepare to stand their ground and fight back. It all comes to a head in a final gun-fight, a showdown in the small western town where blood will have to be spilled if the friends wish to come out of this alive.