THE WILD AND THE DIRTY 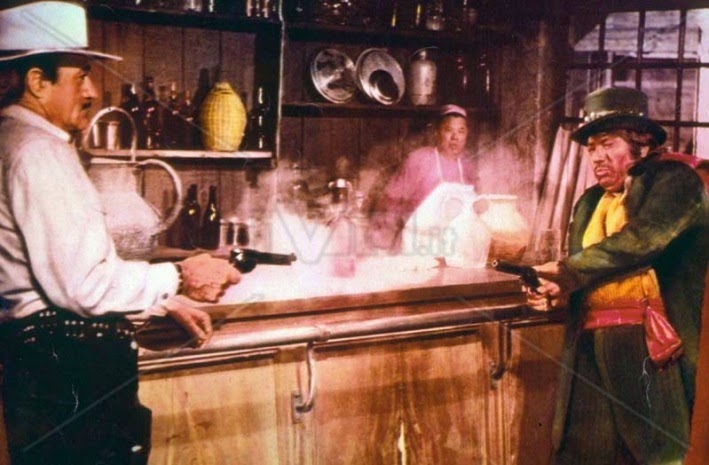 Johnny Hamilton, comes home from the Civil war, where he learns that his father was killed by the bandit Santana and his mother has married the ambiguous father's brother, Uncle Claude, who would in turn kill the bandit in a duel. But the continued presence of gunmen and impediments that lies in trying to find explanations puts him in a suspicious mood. Aided by his friend Horace, he manages to avoid ambushes by those who have an interest in not letting him find out the truth. In the tomb of Santana he finds clues evident that the bandit is still alive. He discovers also the refuge of Santana and there finds his uncle which in effect is the instigator of the murder of his brother. Johnny manages to put in conflict the uncle and the bandit telling Santana the existence of $300,000 which has disappeared. However Johnny is held captive, tied to a cross, while Santana storms the home of Claude. Johnny's mother, who now understands and asks Claude for an explanation but is mortally wounded; However, she finds the strength to drag herself to the place where Johnny is held and with the help of Horace, frees him, and then dies. The two friends roam the country and kill his uncle Claudius and his henchmen.
Posted by Tom B. at 5:50 AM