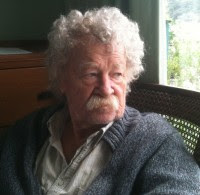 Alan Sharp, novelist and screenwriter of feature films including "Rob Roy," "Night Moves," "The Osterman Weekend," "Little Treasure" "Ulzana's Raid" and "The Hired Hand", died at his daughter's home in Los Angeles on February 8, 2013 after a long illness. He was 79.

Sharp also wrote for television, penning the screenplay for the miniseries "Ben-Hur," which aired on ABC in 2010, among other projects.

Sharp was born in 1934 in Alyth, Scotland. He launched his writing career in 1965 with the publication of the acclaimed novel "A Green Tree in Gedde," which was initially banned in Scotland for its sexual content and was the first of a planned trilogy. The second novel "The Wind Shifts" was published in 1968, but Sharp left the third, "Don't Cry, It's Only a Picture Show," incomplete when he moved to Hollywood to focus on screenwriting.Sharp wrote the screenplay for the 1974 Euro-western "Billy Two Hats" starring Gregory Peck and Desi Arnaz, Jr.