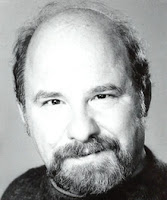 Canadian theater, film, TV and voice actor Gordon Masten died suddenly on July 26, 2020 in Toronto. He was 69. Born James Gordon Masten in Lacolle, Quebec on August 30, 1950. Masten received an Honours B.F.A. in Theatre from York University. Upon graduation he worked in childrens' theatre, but soon enough was seen on main stages in Toronto and Montreal and across Canada: Theatre Plus, Canadian Opera Company, Citadel Theatre, Huron Country Playhouse, Theatre Aquarius, The Segal Centre, The Centaur, to name a few. He also appeared in many feature films and television series such as ‘The Day After Tomorrow’, ‘L'Odyssé d'Alice Tremblay’, ‘The Artists Specials: Monet’, ‘Asbestos’, ‘Source Code’, ‘The Sunshine Tax’, ‘The Santa Clause’, ‘Road To Avonlea’, and the much loved Christmas classic ‘A Child's Christmas in Wales’, as well as numerous commercials, voice overs and animated cartoons, bringing light and life to all he engaged with. Masten appeared in three Euro-westerns; ‘The Campbells’ (TV) – 1988 (auctioneer), “Shadow of the Wolf” – 1992 (sailor) and “Grey Owl” – 1999 (Gus Mitchell).
Posted by Tom B. at 7:38 AM