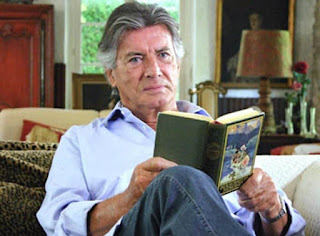 A legend on the other side of the Rhine, Pierre Brice is unknown on this side! In France, his resemblance to Alain Delon may have overshadowed his cinema films. But in Germany, he is more famous than Claudia Schiffer.

Aware that the competition between the young players will be tough, he sets out to try his luck in Italy and Spain. In 1962, he was spotted by a German producer who wanted to adapt the adventures of Winnetou, imagined by novelist Kark May. Pierre Brice learns his role phonetically and keeps his charming French accent. It gives the Apache Chief an exotic side that seduces the crowds. Henceforth, his portrait and the posters of his films will be placed in the rooms of all German teenagers ...

This tender and funny portrait leaves a lot to Pierre Brice who explains why the character of Winnetou is liked so much by the Germans and how it was difficult for him to play any other roles.

His life is marked by the eleven adapted adventures of the works of Karl May, by the TV series inspired by the hero (including Winnetou the Mescalero, 7x52mn, directed by Marcel Camus for Antenne 2) and the Return of Winnetou released in 1998!