Who Are Those Guys - George Ardisson 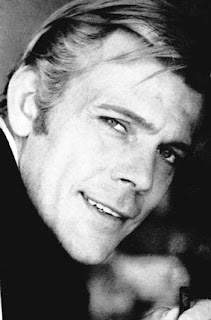 Born Giorgio Ardisson on December 31, 1931 in Rocco Canavese, Turin, Italy he acted under the names George Ardisson and Georges Ardison. Ardisson appeared in over 50 films during his career among them a half-dozen Eurowesterns. George specialized in action films, especially spy films and is somtimes referred to as the Italian James Bond. His film career began with his appearance in the 1959 film “Arrangiatevi! directed by Mauro Bologninis. He then made appearances in sword and sandal and action films. He appeared in the early Eurowestern “Massacre at the Grand Canyon” as villain Tully Dancer. Even though he starred or co-starred in the Eurowesterns he made he somehow lacked the charisma of other leading men. He was blonde, handsome and athletic but even with all of this it didn't catapult him to fame. By the mid-1970s he looke out of place while appearing in sex comedies and ended his career playing in several horror films until his last film appearance in 1992's “Shadow Warriors” directed by Max Ferro. [Update] Giorgio Ardisson died December 11, 2014 at his home in Ceveteri, Italy of a longtime respiratory ailment.