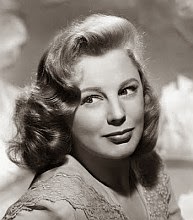 
First to roll July, 17 will be "Nine Miles to Yucca", by Steve Fisher, followed by "Gun for a Brother", by Thomas Sellar. Black (who? - Ed.) will act as exec producer, Web and Maxwell co-producers. Six additional projects are in the works for lensing here (Hollywood - Ed.) as well as in Spain. - - from Variety, June 7, 1967

Miss Allyson was born Eleanor 'Ella' Allyson Geisman, on October 7, 1917. She had been married to actor Dick Powell, from 1945 until his death on January 02, 1963. Before that year was out the grieving widow had found new love with a family friend, her late husband's personal barber. On October 13 she married Alfred Glenn Maxwell, who at that time owned a chain of highly successful barber-shops. One would say he was the original wealthy barber! This second marriage appears to have been tumultuous as it ended on April 20, 1965, almost as quickly as it had started. He must have been quite the ladies man as he got June to remarry him on April 1st, 1966, almost a year to the day of their divorce. Miss Allyson now in her late 40's was thinking about reviving her showbiz career. 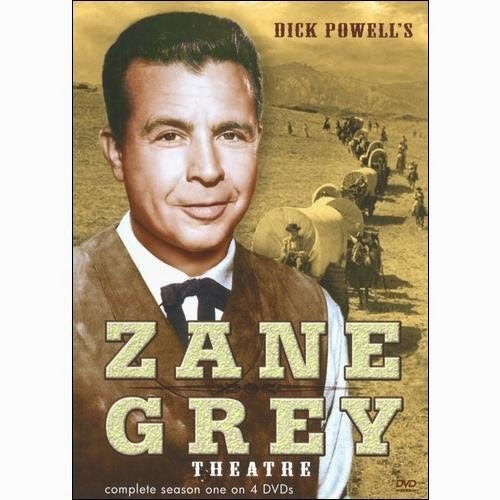 Since the death of Mr. Powell, the financially secure Miss Allyson had been able to be picky about her choices. She had guested on "Burke's Law" (12/27/63), and occasionally appeared on local talk and variety shows. It was during this second marriage to 'Glenn', as he preferred to be called, that the 'newly-wed-weds' formed their own production company, Allyson-Maxwell Productions. The happy couple soon set out and purchased two scripts to start off with. The first was entitled "Nine Miles to Yucca", written by Steve Fisher (1912-80). He had earlier written one episode for her late husband's TV anthology show "The Dick Powell Show" (1961-63). Better still, Mr. Fisher was well versed in writing low-budget action-westerns, with strong female roles. He had turned out nearly a dozen westerns, mostly for A. C. Lyles over at Paramount Pictures, such as "Quick Gun" & "Law of the Lawless" (both 1964), "Young Fury" & "Black Spurs (both 1965), "Johnny Reno" & "Waco" (both 1966), "Red Tomahawk", "Hostile Guns" and "Fort Utah" (all 1967). From the above titles one can tell that this new western would be more like a Hollywood 'programmer', rather than a real spaghetti.

One would think that both projects must have been well into preparation by that early summer of '67. The start date of the first film would have been fast approaching. It was due to go before cameras in just over a month. They must have had a director, and a supporting cast in mind, if not already signed up. Spanish crews, horses, costumes and sets would have to have been hired over the next few weeks. Time would have been running out! A dozen or so other 'local' westerns would have been chompin' at the bit to scoop up any available start dates that summer. What would have been the hold up? The Banks? The Distributors? Allyson and Maxwell certainly talked like they had the start-up money ready. Following this announcement in Variety, it appears that nothing was heard of either script. Neither Miss Allyson, nor Mr. Maxwell attempted to mount any other productions. June, always the trooper resumed her acting career at home in Hollywood.

Soon, after Miss Allyson and Mr. Maxwell parted company, in more ways than one and the marriage was cut short on March 17, 1970. In her autobiography "June Allyson by June Allyson", co-written with Frances Spatz Leighton, (Putnam, 1982), Miss Allyson didn't include any photos of Mr. Maxwell and made no mention of their brief marriages. June later married for a final time on October 30, 1976, to an retired dentist turned-actor named David Ashrow and is said to have lived happily until her passing on July 6, 2006

[Thanks to Michael Anderson at the Hollywood Canteen (Toronto), John Lamontagne and Ernest Pereira for their assistance.]