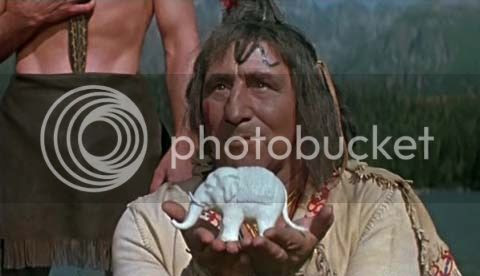 Johannes Knittel was born on August 11, 1910 in Woltrop, Germany. He started acting on stage before attending classes in Muenster, Hamburg and Paris. After World War II he became a councilor for the Communist Party in Hamm and in 1946 became an assistant director working in East German theaters. In 1949 he worked for Phoenix-Film and later DEFA where he directed, wrote screenplays and acted occasionally. He appeared as Split Oak in “Chingachgook, the Great Snake” in 1967. Knittell died on January 3, 1989. Today we remember Johannes Knittel on what would have been his 100th birthday.
Posted by Tom B. at 6:50 AM