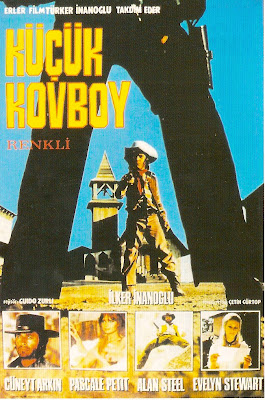 Yumurcak lives in a village in the Wild West. On his way from school, he is kidnapped by the bandit Demirbilek and his gang. They ask his mom, Maureen for ransom money. Maureen seeks help and finds Keskin. Keskin is a very sharp shooter, yet since he has caused the death of a child many years ago, he has been inactive for years. One of Maureen's laborers in the farm is Demirbilek's spy, so he tells him about Keskin. As a result of that, Keskin is kidnapped. Maureen mortgages her house for the ransom money. When Maureen goes to Demirbilek, to present the ransom money, he sees his laborer from the farm and understands that he is a gang member as well. They capture her as well. In the meantime Keskin and Yumurcak untie themselves and save Maureen, Keskin kills Demirbilek. Yumurcak is happy to be with his mother again.